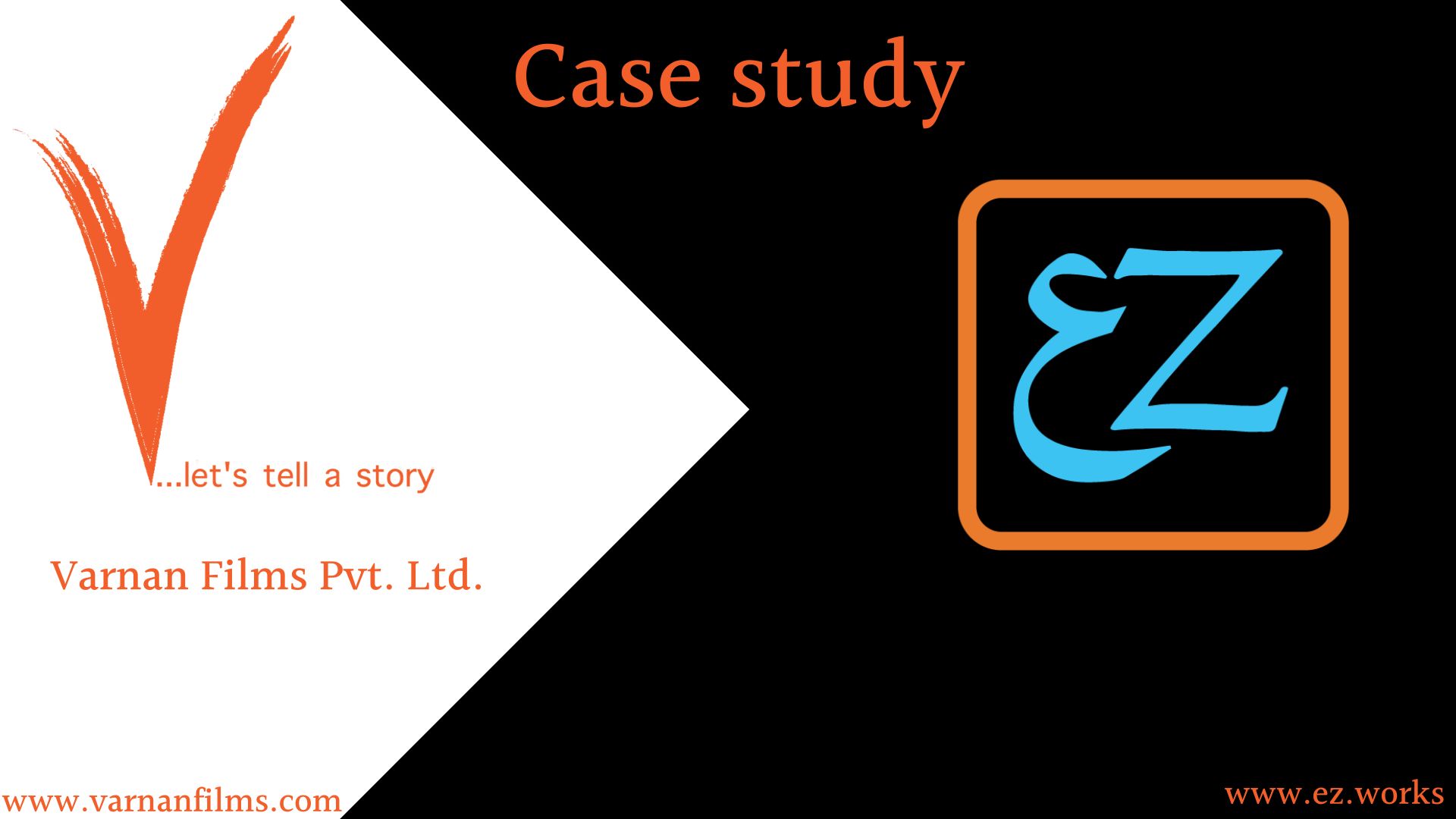 A Not So EZ Brand Case Study

Let us start with a quick introduction of the Brand we are talking about. EZ provides a suite of Business Support Services that has disrupted the traditional agency model through innovation and the use of AI to modernize workflows and processes. Talking about EZ, it is noteworthy to mention that it started as ArabEasy, the only truly global startup from the get-go of its inception. In fact, the first project of ArabEasy was assigned by a client in the Middle East and was executed and delivered by SMEs sitting in four different geographies! Really interesting, isn’t it?

EZ primarily being a need-based business, building the recall value becomes imperative and primordial. This gives the most essential entry point for Varnan for the purpose of Branding. The crucial aspect of a need-based business model is that till the time clients don’t have the requirement of let’s say creating a presentation, no matter how well your sales pitch is the work won’t come.

Now you may ask, how does Branding play a role in this? Think of Branding establishing EZ as that 3 AM friend whom you can rely on, no matter what the situation is! Branding would build EZ’s recall value for the clients in a way that whenever they have any sort of requirement, EZ should be the first name that should come to their minds.

The CEO of (now) EZ, Joy Sharma during his years at McKinsey, found himself in a situation that most executives do. He discovered that with growing work pressure, the tactical bandwidth was being exhausted. One has practically little time to do basic yet necessary things such as creating a presentation, doing market research, etc. He realized that no support system could take these essential tasks off of him. It is in such a situation that ArabEasy was conceptualized.

The company understands the challenges and requirements of its clients better than the other competitors in the market precisely because its inception was a result of those challenges. Especially important from the Branding point of view, Varnan’s responsibility was to set the tone, personality and identity accordingly, which would reflect the company as the industry leader without compromising on the client’s information security, quality and delivery time. 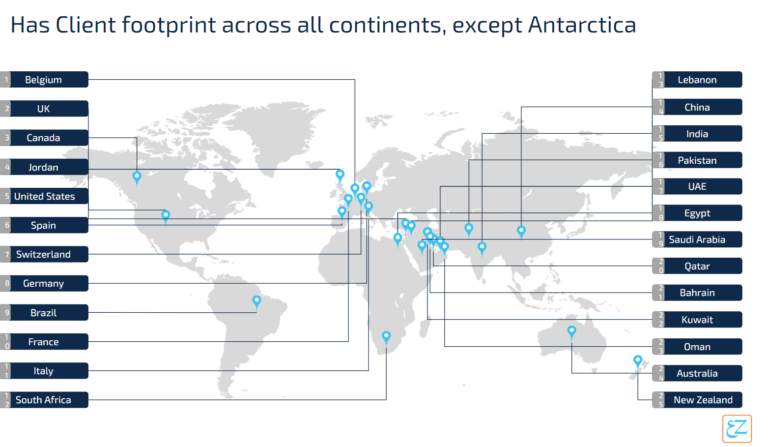 Since September 2019, Varnan has been onboard as a Brand Consultant for ArabEasy, working in close quarters with the CEO, Marketing & Strategy team and the top Management network of EZ.

Quite progressively in February 2020, Varnan was asked to come on board to take on the full responsibility of handling all the Social Media communication along with Branding and other Marketing Strategies. Which is as follows:

The expansion and growth of ArabEasy led to the establishment of new brands and entities like EZ Lab Pvt Ltd, EZ Works and more service lines along with the existing entity ArabEasy.

ArabEasy to EZ: The Journey

As mentioned earlier, ArabEasy essentialized itself as a global company since its inception. The eventual growth and propagation of the Language Translation service line to include more and more service lines, to increase the team of SMEs throughout the globe and the zeal to maximize growth led to the establishment of EZ.

Varnan takes immense pride in mentioning the fact it was under its counsel that EZ was concretized. From then on, the journey has been quite dynamic and interesting.

Why an Update on Brand Positioning was Required?

Remember a while back we were talking about EZ being the only truly global startup, especially in the Business Support Service arena? It all started with ArabEasy offering a single service in the MENA region. What is ArabEasy?

ArabEasy was the pioneer venture in the Middle East geography, primarily offering Arabic Language Translation services. Before ArabEasy came into being, Joy Sharma, the founder, and CEO of then ArabEasy was working in the Middle East. It is during his time there that he realized that there was an unexplored market for Arabic translation. In fact, there was no platform that provided dependable, accurate, and timely business services in the Arabic language. That’s when Joy decided to start ArabEasy.

Eventually, ArabEasy was cemented as a Translation company but it was obviously beyond that. Hence, a Brand update was required to position the company as a Suite of Business Support Service provider, operating globally with Subject Matters Experts from around the globe. Dissipating the confusion of various entities and concretising a single entity that is offering various services became necessary.

Our CEO, Vernita Verma, having an aptitude for problem-solving and an affinity for taking up challenges, especially when it comes to Branding, took over the task. Venturing into newer geographies would require extensive research about consumer psyche, behaviour and consumption pattern. Localization was the need of the hour aligning the Brand Guidelines for the same. That’s when the branding and marketing team of Varnan, under her mentorship began with the task of establishing EZ as this entity.

The relentless and congruous efforts of the branding team in tandem with the efficient strategy enabled EZ to grow in leaps and bounds. Here are some noteworthy achievements:

The Branding and Marketing Team, the Content Team, the Visual Artists of Varnan along with the various departments of EZ responsible for the growth and development enabled this mammoth growth. 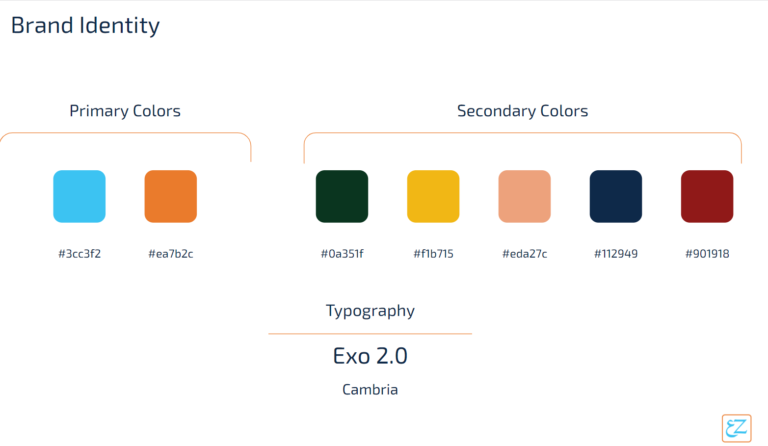 The Process Focused On

Visual Identity: The colour palette of brand EZ consists of two neon colours, ie., orange and blue. The secondary colours are such that would highlight the primary colours and are earthy in nature.

Typography: Exo 2 is the font. Clear and compelling. Most suitable for corporate purposes.

Branding EZ as a Business Support Service provider, which uses AI to enhance the efficiency of SMEs to be able to deliver the promise of Consistently High-Quality Output, Faster than the Fastest Delivery, while being available Round the Clock.

It’s been a long association with EZ so far and when we envision the future, it is boundless. From the Branding point of view, the centralization of the entire communication plan would enable a strategic entry into newer geographies and capture the market. Change is the only constant when it comes to dynamic growth. Adhering to the Brand Guidelines, fuelled by the core values Varnan promises to partake in the growth of EZ in every way possible. 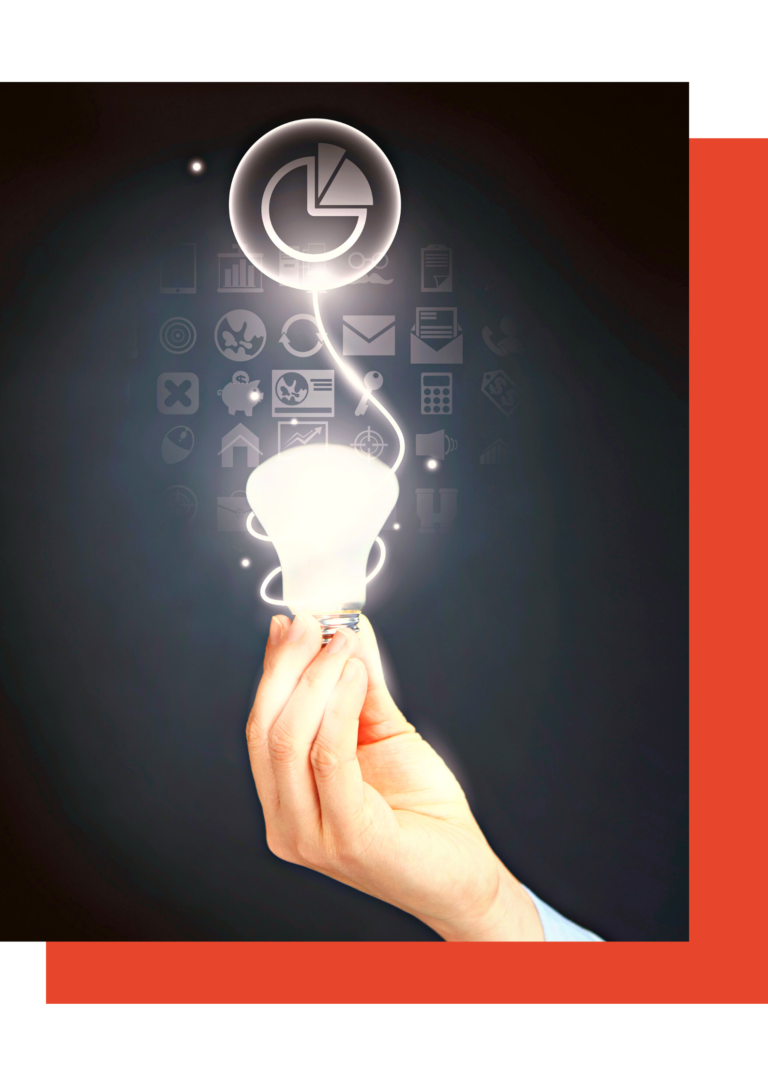