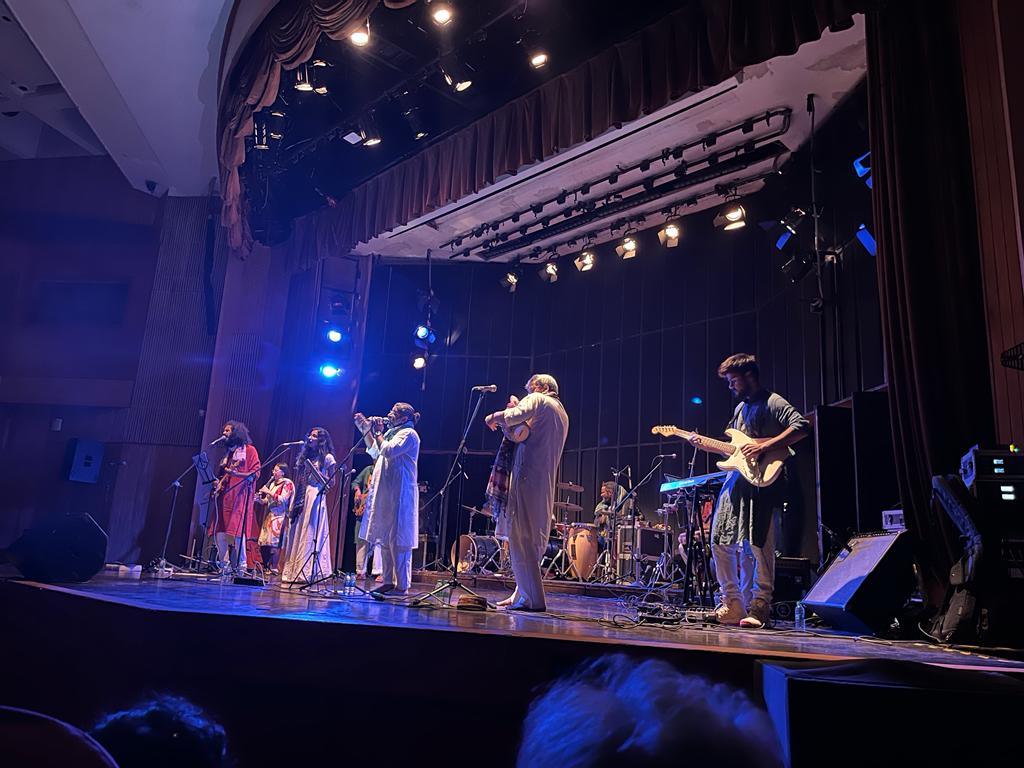 Kabira Khada Bazaar Mein: Is Kabir For Everyone?

In the midst of all the hustle and bustle of city life, the incessant and unquenching thirst for a lavish lifestyle and the inability to decide between need and want, what are we actually looking for? With all these thoughts in my mind, I entered the city holding a resume in my hand. Just when I thought that I could finally settle down, I was jolted by reality, if at all reality can be called absolute. New city, new people, new environment, all these things were consuming me. I felt suffocated. Then entered Kabir.

The world around you is a mad race! What you take to be the truth might be distorted the next second. What does truth actually stand for in this market where everything can be commodified? I wanted to know, I wanted to realise. If not absolute answers, then at least an explanation would provide succour for me. I started looking for Kabir in the Bazaar we all inhabit. Eventually, I found an inspiration to write this piece. 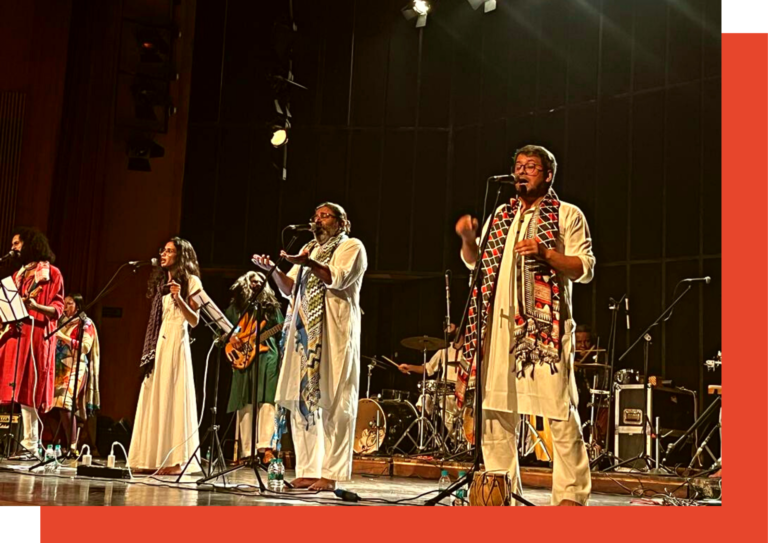 Holding the ticket that read “Kabira Khada Bazaar Mein: A Rock Opera” instilled various emotions in my mind and of course, questions followed! All I knew, to begin with, was that the original play was written by Bhisham Sahni and this play revitalised itself when noted theatre director, actor and cultural activist M.K. Raina and his group Prayog in 1982 delivered their unique style of performance by incorporating musical melodies composed by late Panchanan Pathak. The background research was similar to what I usually tend to do whenever I am in a theatre to be a part of a show. But something about this performance was different. Was I going to a rock concert or am I here to witness a bhajan sandhya, should I even categorise the performance as a play?

Like a rainbow peeking from in between the dark clouds on a rainy day is a harbinger of positivity, the same joyous emotions held my arms when I stepped into the auditorium. The entire ensemble with three mics at the centre, multiple percussion instruments, a huge drum set, electric guitars and such instruments never heard before with the members of Dastaan LIVE rehearsing. Anirban Ghosh, Sumant Balakrishnan, Nikhil Vasudevan, Anant Raina, Fidel Dely Murillo, Sudheer Rikhari, Belen Ojeda, Subhanshu Singh, Pakhi Sinha and Faheem their electrifying energy gave me goosebumps. At that moment I knew, this wasn’t going to be one of those standard performances where one has already mapped out the ending.

As the show began to unfurl, I didn’t know where I was heading to. To unlearn is the first step toward learning, and my cluelessness made me a seeker. With each progressing musical rendition, the audience was getting enraptured, with each foreword to the piece, the audience was able to connect with the artists as it came from a very personal space, with each cord progression the audience forgot that they entered the auditorium with a certain set of expectations. As happens with most of us with life as well!

The auditorium was filled with audience members. Some of them were there only to enjoy, some wanted to figure out how relevant was it to intermingle the nascent genre of Rock Opera with Kabir ke Dohe, and some were there because they loved Kabir. Love, for me, had always been an abstract thing. But during the performance when I heard that love is not a monolithic feeling, everyone in this world was seeking love but with a failed attempt. They stood to blame the other person or thing for not loving them enough, be it their significant other, their family members or friends. But in actuality, the onus of love, we carry with ourselves. It was upon us, how we want to love, whom we want to love. The fresh perspective startled my mind. Such a contemporary understanding of love, in the contemporary bazaar, helped me in understanding what Kabir meant by searching the self for love.

The love and hate relationship each one of us has with God isn’t a new age phenomenon! The ways of expression and modes of aggression have changed over the years. As difficult it is to know the absolute truth, probably because there isn’t one, as is the fact to realise how convenient it is to label God as Hindu or Musalman, to manoeuvre the truth to testify one’s personal motive and moreover, sanction almost anything in the name of religion. Kabir then preached what still stands even more relevant in a lot of contemporary scenarios.

While I was trying to connect the dots in my mind, I completely forgot that I was part of the audience gathered in the auditorium to listen to the Rock Opera. When I looked around, I saw people grooving to the beats, clapping their hands and cheering the artists with utmost passion. All this reaction was justified, you know why? Because “Dastaan LIVE” ( I am taking the liberty of poetic justice of personifying the band as representative of each member and their collective point of view on Kabir) first interpreted Kabir for themselves with each member adding his/her share of what Kabir symbolised from a very personal perspective, understood the dohe, and then finally curated the music. In an exclusive sneak peek of the practice session of Dastaan LIVE for the play, Anant Raina, the percussionist and one of the many contributors to this masterpiece, beautifully attributed the fact that music around Kabir ke Dohe has crystalized as this mellowed down, soft and easy flowing cadence. In reality, Kabir and his views were confrontational in nature, very radical and way ahead of his times.

Was converting Kabir’s politically and religiously radical views into the form of mellowed music, a way of strangulation of the actual purpose of his mode of expression?

Speaking of the mode of expression; as there can be no one absolute answer to any of these questions, there is no singular mode of expression and Ankit Pandey and Abhinav Khetarpal proved that for us. The lighting design and live projections were in absolute sync with the emotions being expressed on stage. Minimal but compelling bright orange, white and blue lighting for “Mann na rangaye, rangaye jogi kapda”, just white light representing wisdom for “Ye jag andha” and a funky lighting effect of orange for “Hamare Raam Rahim Kareema”. Not just the music, the instruments or the lighting, but the ensemble of feelings and emotions that reached the audiences’ hearts!

The crowd cheered once more, once more! Nobody wanted the performance to end, but I had mixed feelings. I was happy to realise that I was able to discover new perspectives on things which have troubled me ever since I entered the city, love I knew not before I heard their rendition. But I was sad that I’ll have to go back to be a part of the mundane routine I was trying to find an escape from! All the happier I was to have Kabir and his wisdom with me, little did I realise that “Kabbera Khada Bazaar Mein” would give me my succour and food for thought till the next time I derive an opportunity to appreciate him!